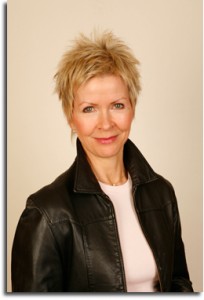 GAIL HARRIS BEGAN her career in journalism in high school as a teen correspondent for The Atlanta Journal-Constitution and The Marietta Daily Journal.  She became one of the first anchorwomen in the USA in 1971 at WCTV in Tallahassee, FL.  Her career as a political reporter took her to the statehouses of Georgia, Florida, North Carolina, and Massachusetts, and ultimately led to a graduate degree at the Kennedy School of Government at Harvard University.

Gail went on to become a correspondent for ABC News, Nightline, and for many years worked as a correspondent/host for PBS and NPR.  Her work on the PBS special Hiroshima Remembered, which she hosted and co-produced, was recognized with a National Emmy Award in 1985.

Creator, host, and executive producer for the Body & Soul series on PBS, Gail also wrote the companion book, “Body & Soul:  Your Guide to Health, Happiness, and Total Well-being.”  Along the way, she discovered the power of a meditation practice in lowering stress, along with many other practical methods of using spirituality to empower and improve one's life.

Gail has been teaching and lecturing throughout her career, at the Institute of Politics at Harvard University, Simmons College, Emerson College, and Boston University.   Today, Gail shares the practical methods and spiritual tools she has acquired over the past 20 years through her books, articles, blogs, online webinars,  and private coaching sessions.